Let’s talk about French Weddings and how they are celebrated! To prevent a lengthy article, I will split it in two part. I hope it will be a great opportunity for you to learn some French words along the way ?

In France, there are two types of ceremonies, civil and religious (also know as symbolic), but only of them will make the marriage legal – the civil ceremony. The ceremony takes place in the town hall in the city where one of the newlyweds has a direct or indirect connection with (e.g. living in the city or one of their parents is living there). The mayor or the deputy mayor will proceed with the legal ceremony.

At the end of the ceremony, the couple will be given the “Livret de Famille” (known as the family register) which will contain the information about their marriage and family rights. Should the couple already have one because they have children together, this will be updated by the marriage celebrant.

In terms of guests, there are some restrictions due to the size of the room where the ceremony will take place. Usually, only close friends and family will be present.

Additionally to this ceremony, the couple might want to have another ceremony – the symbolic one – which takes place in a church or else. This is usually a bigger ceremony as more guests can attend compared to the civil one. This ceremony is not mandatory and only depends on the couple’s wish.

Depending on the available dates, it might be possible to have both ceremonies on the same day with only a few hours in between! However, this depends on the city you want to get married and the date you have chosen. Some couple prefers to have different dates so they can experience two types of weddings in different locations with a different group of guests.

You might know it already, but in France, the couple does not say “I do” during their vows but “Je le veux” (which means “I want it”) or “Oui, je le veux” or just “Oui”. This is simply the French way to say “I do”.

The concept of Bridesmaids, Bestman and Groomsmen are not the same in France. The appropriate term would be “témoins “(witnesses). Each newlywed must have at least two witnesses and a maximum of four during the ceremony. They will also sign the wedding registers (both for the civil and symbolic ceremonies).

The French version of the bridesmaids and groomsmen would be “Demoiselle d’honneur” and “Garçon d’honneur”. They have a symbolic role for the couple but are not mandatory to make the marriage legal compared to the witnesses. However, they might have two roles, witness and “demoiselle/garçon d’honneur”.

The dress code is pretty classic in France, most of the women wear dresses and men wear suits. It is not uncommon to ask the guests to follow a dress code to match with the wedding theme but there is no traditional attire like we can see at Scottish weddings with the kilt! Maybe having a baguette under the arm and a glass of wine in the other hands but that would be too cliché 😀

Once the newlyweds said yes and signed the wedding register, guests are waiting for them outside the church or town hall armed with rice (which is no longer allowed in many cities), bubbles, confettis or even flower petal to throw at them on they way out. This is a way to bring them a symbolic lucky charm in their union as well as prosperity. Not to mention the great pictures it creates!

After the ceremony, when everyone are on their way to the wedding venue, they are creating a long line of cars and are honking until reaching the venue, called the “cortège” (carriage). This usually create a big traffic jam in small cities and villages but this is on purpose! Before, closed friends and family would attach cans to the newlyweds’ car to ensure a very loud ride! Due to the noise it can caused, this has been stopped for most of the weddings.

At the end of the procession, the last car is called “voiture balais” (broom car). Feel free to décor it as funny as you want it to be!

In France, after the ceremony and once arrived at the venue, this is when “le vin d’honneur” starts. A moment during the event where the couple or their family invites people to have a drink with and few appetizers to celebrate the newlyweds. Usually, they will only stay for a couple of hours and will leave before the wedding breakfast starts. This is a way to have people the couple appreciate, like their colleagues, to be part of their event even if they do not stay until the end. Le vin d’honneur will last between two to three hours, a great opportunity for the photographer to have plenty of group photos with the couple and their guests at the venue.

With some differences, “le vin d’honneur” could be associated with the inverted version of the evening dinner where people are joining the wedding after the main event to participate to some festivities.

Some couples could find it weird and inappropriate to only invite people to the “vin d’honneur” but this is a very common things for French weddings so people do know about that.

I hope you learned new things about French Weddings! The second part can be found here.

In the meantime, stay safe and take care of yourself and your loved ones. 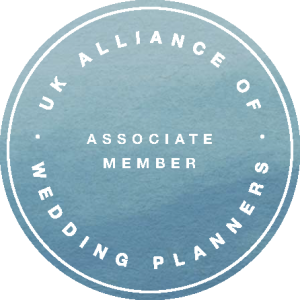 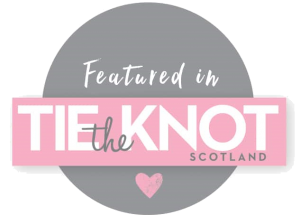